Tim Cain, professor, co-authors the article "The queer student affairs career of Stephen Lenton, 1970-1980," with Michael Hevel. They extensively examined and drew from Lenton's papers to reconstruct his LGBTQIA+ advocacy when he was a student affairs professional at Virginia Commonwealth University.

The authors break new ground in capturing the perspective of an early advocate, and openly gay university employee, at a pivotal moment. According to Cain and Hevel, "The years that frame this study represent the beginning of a gradual shift within the student affairs profession from oppressing LGBTQ people to supporting their development."

Cain and Hevel show throughout the article that "Lenton was an instrumental force in combating homophobia, increasing tolerance, and promoting social change." They believe a fuller appreciation of his career "provides historical perspective for contemporary higher education leaders, faculty, and students who work to promote social justice and progressive organizational change."

The article was published in the Journal of Women and Gender in Higher Education and can be found here.

Cain and Hevel also previously published an article in the Review of Higher Education, "Gay people pay activity fees too." 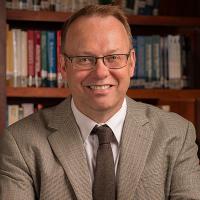